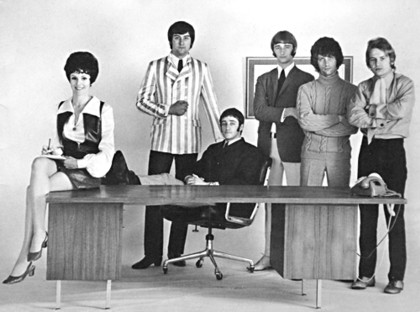 Would you believe… a #2 hit in Louisville Kentucky? Well, at least at WKLO. (Thanks to Terry Stacey.)

Image: Thanks to Ray Burton

See also: It’s A Happening World, Sit Down I Think I Love You and Windy Day.

Kenny Young is perhaps best known for writing – with Artie Resnick – the Drifters/Rolling Stones song Under The Boardwalk. He also wrote, for example, Herman's Hermits' Just A Little Bit Better and The Seekers' When Will The Good Apples Fall.

See also Judy Stone – And The Trouble With Me Is You, another Young-Resnick composition.