Single on Festival by Leo and Doug De Kroo, originally from Perth but based in Sydney from 1960, a duo "in the manner of the Everly Brothers" (Ian McFarlane). The De Kroos were often on the top Australian TV pop shows (Bandstand, Six O'Clock Rock) in the first half of the 60s, and Scarlet was their big national hit.

The single has Scarlet with one t, not Scarlett as sometimes mistyped, probably under the influence of Scarlett O'Hara from Gone With The Wind. See label shot at 45cat.com.

Singer-songwriter Keith Colley was from Washington State. He wrote and recorded with several labels throughout the 60s before moving into the business side of the industry. His songs have been recorded by some distinguished artists, but he is best remembered for his Spanish-language Enamorado (1963, re-recorded 1967), a hit in some US regions in 1963.

Single on Polydor by Gus Backus, American singer long resident in Germany, here forming a duet with Austrian tenor Hans Sojer, better known by his stage name Tino Albertini. The German title means But you are not like the others.

The Polydor single acknowledges And Her Name Is Scarlet as its source, and credits the writers as "Stuart" – a pseudonym of original composer Herb Newman – and "Jules Verard", a pseudonym of German lyricist Gisela Zimber.

Gus Backus had been in The Del-Vikings, formed by airmen based in Pittsburgh whom he joined not long after their first and biggest hit Come Go With Me (1957, #4 USA). After serving at an Air Force base in Wiesbaden, Backus stayed on in Germany and pursued a successful career as a solo singer.

References: 1. Discussion at the Rock'n'roll-Schallplatten forum (2008-2017, in German) which uncovers the identities of Die Ramonas and solves the mysteries of the writer credits. Vielen Dank meine Herren!
2. Del Vikings history by Marv Goldberg. 3. On Hans Sojer-Tino Albertini, see discussions at memoryradio (2015) and at Rock'n'Roll-Schallplatten forum (2007-2008).

Singer, songwriter and guitar virtuoso Bob Wilson was from Pleasant Hill, California, about 20 miles from Oakland, full name Robert Douglas Wilson (b. c.1940). He was born in Tahlequah, Oklahoma but moved to California as a youngster.

Wilson released three singles on Era, all in 1960 [image, right]. Not long after that he took up a lifelong career as a high school teacher, but he kept up the guitar seriously in his spare time, practising, performing, and occasionally recording.

In 1968 Wilson appeared on John Fahey's Takoma label when folk artist Janet Smith released her album Vol I,The Unicorn and Other Songs Both Old and New With Musical Assistance From Bob Wilson YouTube.

In the same year, Wilson was introduced to Oakland bluegrass banjoist Rick Shubb (of Shubb capo fame) who was to become a musical associate over several decades. 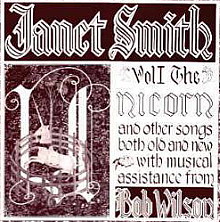 In 1976 the album Shubb, Wilson and Shubb …Live was released, with Rick's then wife Markie on double bass YouTube. Rick Shubb and Bob Wilson released a further album Bodega Sessions in 1999.

Wilson is also heard on one track of a 1971 self-titled album by blues-jazz-rock violinist Papa John Creach.

Bob Wilson, now retired from full-time teaching, remains active into the 2010s. See, for example, his performance with the Bob Wilson Ensemble Featuring Stuart Yasaki at the California Academy of Sciences in San Francisco (c.2015).

This artist biography is my work, based on original research. If you use it, please credit me or this website. ©Lyn Nuttall 2019

According to the Oakland Tribune (31 January 1960) Bob Wilson was backed on his first single by two students from Pleasant Hill High, Loren Council (who was still at high school) and Len Adams. Both sides were written by Wilson and Adams. 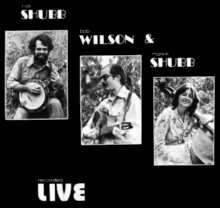 And Her Name Is Scarlet, on Wilson's third single, was written by Era founder and owner Herb Newman who had written Gogie Grant's Wayward Wind (1956, #1 USA) YouTube, an Era single released in the year after the label's formation.

This single shows Newman's pseudonym B. (Barry) Stuart, but other releases, for example by The De Kroo Brothers and by Keith Colley, have another pseudonym, Steven Howard.

The arranger is Hank Levine who later worked with many well-known artists as an independent arranger and producer, as well as recording occasionally under his own name.

At some stage Wilson also recorded on the U.N.O. label, owned by his then manager Tony Uno.

There was a further, undated single on an obscure label, Golden Gate:

Bob Wilson is a psychology major at College of Pacific who just might be able to teach his profs on a point or two. ¶ He has overcome total blindness, an affliction since birth, to become an honor student, a varsity athlete, music composer and recording soloist. ¶ Twenty-year-old Bob Wilson has just finished cutting his latest [single on] Era Records… "And Her Name is Scarlet". ¶ It's a rich baritone that comes through on the new recording; rich enough, some think in Hollywood, to one day make Bob a headliner, and rich. ¶ Talent as a lead guitarist shows well, too. ¶ Flip side of the record is titled "Jailer, Jailer". ¶ Now a sophomore at College of Pacific, Bob was senior class vice president at Pleasant Hill High School; a member of its varsity wrestling team besides distinguishing himself scholastically as a "seal bearer" of the California Scholarship Federation.

See also: Bob Wilson (singer) at Wikipedia. I wrote it, so it mirrors this page a fair bit, though there are some extra details and a decent list of references.

Big thanks to Andy Gallagher for filling out Bob Wilson's history and discography.

Multiple Bob Wilsons: This is not (1) King-Fraternity recording artist and songwriter Bob Wilson, aka Bob Temple or (2) Detroit soul pianist Bob Wilson. For a .pdf page that sorts out these three Bob Wilsons, click here. [Thanks to Red Kelly at The 'B' Side for clarification on one of the Bob Wilsons.]

From a February 1964 Capitol session, unreleased at the time but anthologised in the 90s, for example on Bear Family's 9-CD box Train Kept A Rollin' – Memphis to Hollywood: The Complete Recordings 1955-1964.

Johnny Burnette: Singer from Memphis (1934-1964) who formed the rockabilly Johnny Burnette Rock'n'Roll Trio in the wake of Elvis's success recording with a trio at Sun Records.

Further reading: The Burnette House website covered the musical careers of all the Burnettes. It is now defunct but can be accessed via the archived version at Internet Archive.

Single on Era #3196, also released on Festival FK-2313. The writer of the B-side is credited as Barry Stuart, another pseudonym of Era records co-owner Herb Newman, credited as Steven Howard for the A-side,

The Brothers LeGard were Australian country artists The Legarde Twins, Tom and Ted, known as The Yodelling Stockmen. Originally rodeo performers, they first recorded in the early 50s for the Australian labels Rodeo and Regal-Zonophone. From 1957 until 1963 they worked in Hollywood and Nashville and released records on Liberty, Dot and Bel Canto. They appeared on Australian TV, recorded for Columbia, and brought US country acts to Australia before returning to the US in 1965. For an idea of the length and breadth of their career see their biography at All Music (they even appeared as twin androids in Star Trek).

The other side of Scarlet, Night Bloomin' Jasmin, was also a Herb Newman composition, as was the LeGards' second Era Single The Land Where Animals Are People.

The Brothers LeGard featured as Discovery of the Week on the TV comedy series Laugh-in on 30 December 1968, and came back the following week, 6 January 1969.

Brothers LeGard singles discography at Era, 1968:
And Her Name Is Scarlet/Night Bloomin' Jasmin #3196
The Land Where Animals Are People/Coo-Ee Call #3199

Coo-Ee Call was a LeGarde original. Songs about the cooee call are not unheard of in Australia: see, for example, this old Aussie song.