British-born singer-songwriter Ted Mulry (1947-2001) first became known through such sweet, melodic songs as his own Julia (1970) and Vanda & Young’s Falling In Love Again (1970), but his career really took off in the mid-70s with the Ted Mulry Gang (later TMG), a rocking goodtime band familiar on TV’s Countdown. See also Jump In My Car and So Much Love In My Heart.

Single on Decca, the first of eleven charting singles 1960-1973 by London singer, actor and entertainer Joe Brown (b.1943), some solo but most with The Bruvvers.

Look at it this way: A lot of people have idolised the Beatles, but who did the Beatles idolise? Joe Brown! – Jools Holland on Later With Jools (2008).

The Beatles appeared with Joe Brown in the early 60s, and his hit song A Picture Of You was apparently a favourite of the band and of their manager Brian Epstein. The Beatles did their own version – with George Harrison on vocals – on stage and on BBC radio YouTube. Harrison in particular was close to Joe Brown who appeared on two of Harrison's albums and featured in the 2002 Concert For George memorial (as did his daughter, the singer Sam Brown).

Further reading: 1. For more on Joe Brown's links with the Beatles and George Harrison, see (i) the 2003 discussion Beatles and Joe Brown at rec.music.Beatles and (ii) the Wikipedia entry on Joe Brown. 2. TheBruvvers.com [archived].

Thanks to Terry Stacey for version alert.

Father and son jazz musicians Ivor & Basil Kirchin get on the new-fangled rock 'n' roll bandwagon, single on Parlophone. The writer credit is to "Brook".

The Kirchins recorded in various styles under a number of band names. Son Basil (1927-2005) was a drummer, jazz experimenter and film composer. See the Guardian obituary [archived here].

Further reading: A Brief History of Basil Kirchin at TrunkRecords.com. 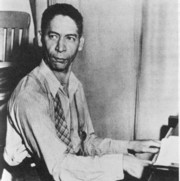 The lyrics of Darktown Strutters Ball apparently refer to another song, written in the early 1900s by Ferdinand “Jelly Roll" Morton: I’m goin’ to dance off both my shoes,When they play those Jelly Roll Blues.

Thanks to Dave Overett for spotting the Port Jackson Jazz Band version and setting off this train of thought.

This is the song quoted on the back of The Band's album The Band, also known as The Brown Album: 'I wanna be there when the band starts playing.' [Thanks to Dave Overett.]