Multi-skilled entertainer Greg Anderson (b.1950) started out as an infant in his parents' international whip-cracking act. By the time he became a teenaged pop singer in the mid-60s he had already been appearing regularly on Melbourne television for several years. Greg Anderson is still performing today, billed as Australia's Electric Cowboy.

Greg Anderson's only charting single was with his own composition, No Roses For Michael (1970, #34 Sydney, #4 Brisbane, #4 Adelaide), from the Nine Network TV film of the same name.

Thanks to Dunks at Milesago for suggestion and research.

Larry’s Rebels were New Zealand’s Animals. Our Paul Revere and the Raiders. The top notch local pop band with bluesy bite, who released a handful of vital discs, and for a brief few years were all over the media, the charts and the nation’s bedroom walls. They were Auckland’s first great homegrown pop band of the modern pop era; hard working and electrifying live. Their cover versions nipped at the heels of the originals.
– Andrew Schmidt at Audio Culture.

See also Larry & The Rebels' Mo'reen, Painter Man, It's Not True and I Feel Good; and The Rebels' My Son John

Thanks to Terry Stacey for version alert, and to Larry for correction.

Christchurch band, originally known simply as Chants, resident at Christchurch venue The Stage Door. Late in 1966 the band moved to Melbourne where they broke up a few months later. A notable founding member was Mike Rudd, later with Australian bands Party Machine, Spectrum, Ariel and Mike Rudd & The Heaters.

See also Early In The Morning.

Thanks to Andrew Ainsworth for version alert.

This was released six months after Greg Anderson's Australian version. Appears as a bonus track on the CD reissue of Art Gallery, the 1966 Artwoods album.

Single on Atlantic, B-side of The Word Game, by Florida-born singer (b.1931) who recorded with legendary producer Allen Toussaint in New Orleans, notably on Toussaint's compositions Lipstick Traces (On A Cigarette), his biggest hit, and Fortune Teller, later recorded by The Rolling Stones and Australia's Throb.

Further reading: 1. Allen Toussaint at Rock and Roll Hall of Fame and at All Music Guide. 2. The Artwoods Meet Solomon Burke & Benny Spellman at Funky16Corners.

Same title but not the same song as "I Feel Good" by Greg Anderson.

Shirley reappeared on the Top 40 in 1975 with Shame, Shame, Shame by Shirley (And Company) (#12 USA, written by Sylvia Robinson of Mickey & Sylvia).

Catching red herrings: Last time I looked, BMI repertoire had 131 listings for the title I Feel Good; ASCAP had over 70.

Not to be confused with ‘I Feel Good’ by Greg Anderson.

Single on King, James Brown’s biggest hit on the US pop charts. 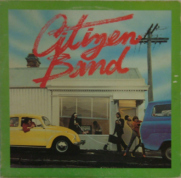 Single by New Zealand band formed by brothers Jonathan Michael (Mike) and Geoff Chunn, both of whom had been significant in the early history of Split Enz. The drummer from Citizen Band, Brent Eccles, joined Australian band The Angels in 1981. 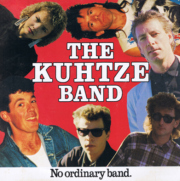 On EP No Ordinary Band on CBS (NZ). 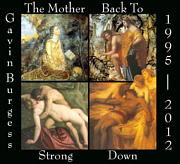 Live performance at the Whangaehu Festival, 1997 YouTube. Released in 2012 on The Mother Back To Strong Down 1995-2012, an album of new and archival material.