On the EP 5 Great Gift Ideas From The Reels.

The Reels were an eclectic new-wavish pop band from Sydney who topped the charts in 1979-80 with Love Will Find A Way. Their repertoire included some interesting arrangements of unexpected songs, but they’re often remembered now for something altogether different, the haunting Quasimodo’s Dream, written by Reels front man David Mason. See also The Real Thing.

On the album Faron Young
Sings The Best Of Jim Reeves on Mercury. Produced by Jerry Kennedy, who
also played guitar and sitar on the album: see Do The Blue
Beat.

On the album Kitty Wells
Sings Songs Made Famous By Jim Reeves on Decca.

On the album According To My
Heart on Decca.

On the album According To My Heart, produced by Chet Atkins, on RCA Camden. This is the 1956 recording, as released on the single. 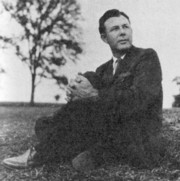 Popular Nashville-based country singer (1923-1964), known as Gentleman Jim Reeves. He frequently and successfully crossed over to mainstream pop, where his biggest hit was He’ll Have To Go (1960, #2 USA). (AMGC)

Single on RCA label, also released on 78 rpm on RCA Victor, produced by Chet Atkins. This is sometimes listed as a duet with Carol Johnson, but that was only on the other side, Mother Of A Honky Tonk Girl.

Jim Reeves previously recorded this in 1955, produced by Stephen H. Sholes but unreleased.

Thanks to Joop Jansen for clarification on some key points.

Album on audiocasette, Tao To Tennessee, released again on CD in 1992.

*This is not the Dave Mason, British musician, of Traffic fame.