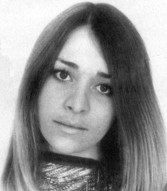 Colleen Hewett (b.1950) came from Bendigo in regional Victoria. Starting as a pop singer with local bands, she later branched out into acting and entertaining on stage, screen and radio. In the early 70s, for example, she was in the Australian cast of Godspell and recorded a hit version of Day By Day from that musical. More recently, Colleen played Peter Allen’s mother on stage in The Boy From Oz, starring Hugh Jackman.

Rita Coolidge first performed this on stage during the Joe Cocker Mad Dogs & Englishman tour of the US, and it later appeared in the documentary film and live album of the tour.

The song is said to have been suggested to Leon Russell by Rita Coolidge, who worked with Bonnie Bramlett as the song was being developed. (Article at Blender magazine, now offline.)

Groupie is an alternative title for the song Superstar, also known as Groupie Song.

Further reading: history of this song at The Originals website.

Thanks to Terry Stacey for additional information.

Same title but not the same song as ‘Groupie’ (aka ‘Superstar’) by Delaney & Bonnie.

Colleen Hewett's version came out a few months earlier than this one.

On album Spring by two former members of Beach Boys girl group associates The Honeys. One of the duo was Marilyn Wilson, married to Brian Wilson 1964-1979.